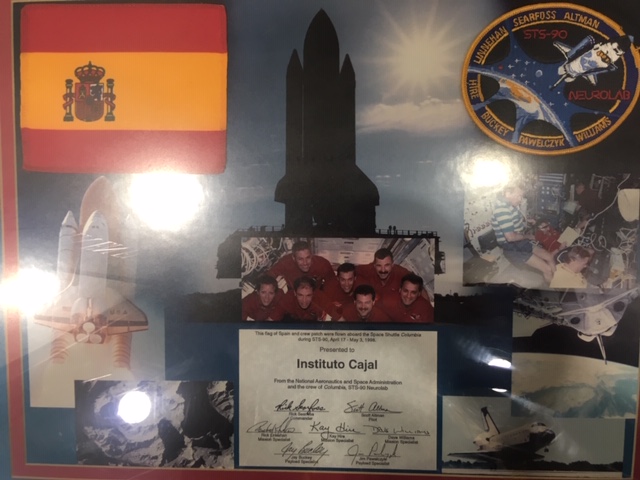 In 1998, NASA’s shuttle Columbia travelled into space to carry out a mission under a name that will be strangely familiar… the Neurolab mission, which aimed to study the effects of weightlessness on the nervous system. In this mission, which had the Spanish participation of two laboratories from the Cajal Institute of CSIC, numerous animals travelled into space and more than one hundred studies were carried out. As a tribute from the international scientific community to the father of neuroscience, nine drawings and twelve histological preparations by Cajal travelled with the members of the expedition.
We leave you with some photos of that mission that can be found in the exhibition “Santiago Ramón y Cajal. 150 years at the University of Zaragoza”.