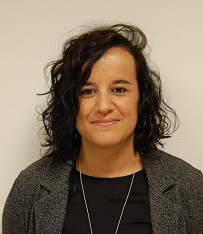 Graduated in Psychology from the University of Deusto and doctor in Medicine from the University of Barcelona (March, 2013). Her doctoral thesis was centered on studying premature neuroanatomic’ bases and their impact on cognitive functions and behavior through neuroimaging studies. As part of her predoctoral training, in 2010, she made a research stay in The Robert Steiner MRI Unit, Hammersmith Hospital (Imperial College, London, UK). From 2013 to 2015, she made a postdoctoral stay in The Brain and Mind Institute (Western University, London, Canada), where she perfected her knowledge about anatomic and functional neuroimaging techniques participating in a project that evaluated the cerebral function in newborns. She has worked in different national and international projects focused on schizophrenic, transsexual, cerebral palsy, and normal aging populations from the neuropsychological perspective by using neuroimaging techniques. Recently (2015), she has become part of the “Neuropsychology of severe medical disorders” team (University of Deusto), as a postdoctoral researcher in order to collaborate in neuroimaging projects related to chronic neurodegenerative disorders.